Romare was born in 1911 in Charlotte, North Carolina and died in 1988. Bearden’s dad held a large presence in the art scene which is where his interest in art began. Bearden had no real education in art making, however, he studied at the likes of New York University, with George Grosz at the Art Students League, and at Sorbonne in Paris. Early in his career, Romare met Stuart Davis who taught the young artist how to translate his love for jazz into art and paintings. Bearden took this lesson, and lessons from other artists and became well known for his modernist style of painting. Amongst his works, he became most well known for his African-American figure and landscape paintings and collages. Many of his creations showcased the likes of trains and jazz and expressed a message of living as a black American during this time. 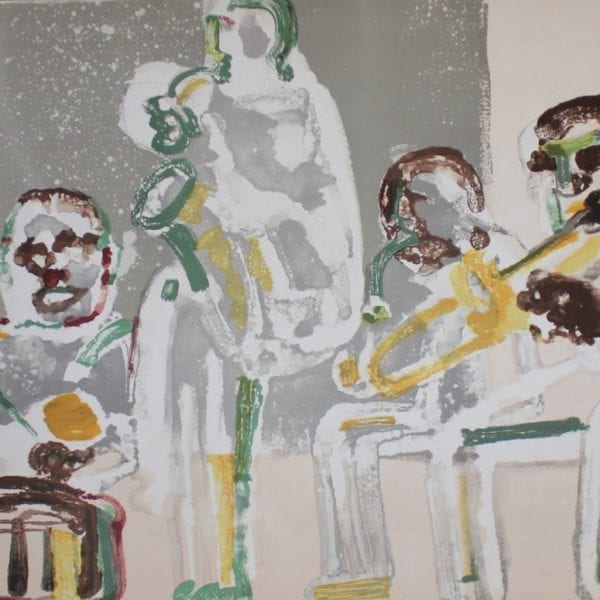 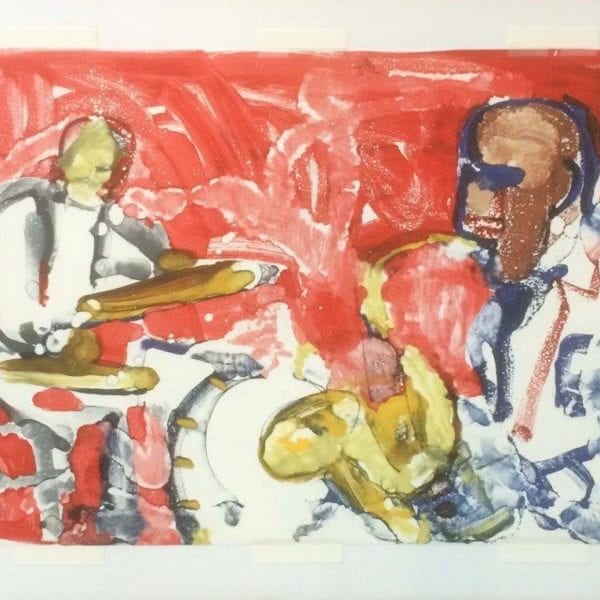 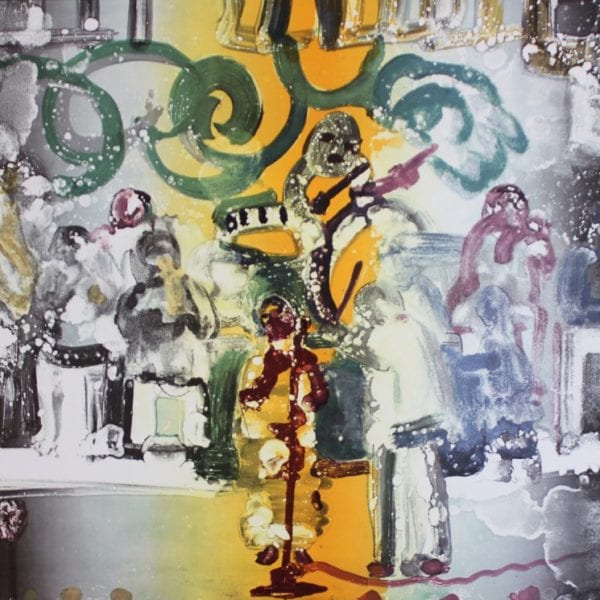 Introduction for a Blue Queen 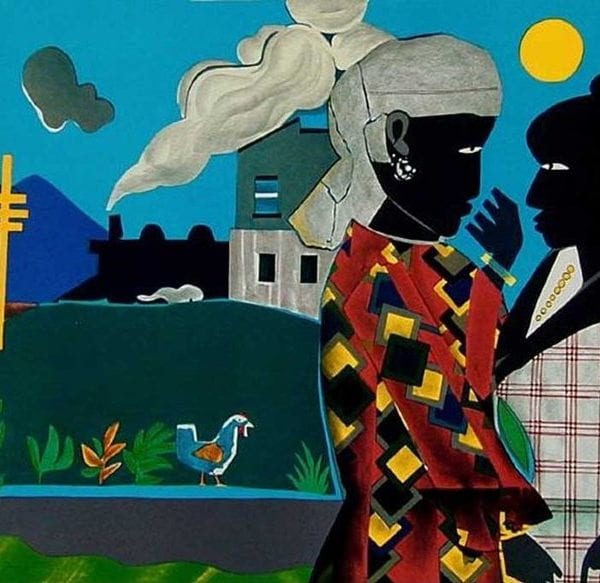 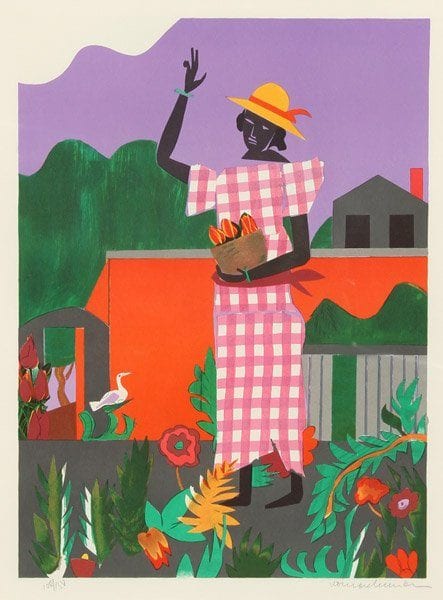 Girl in the Garden 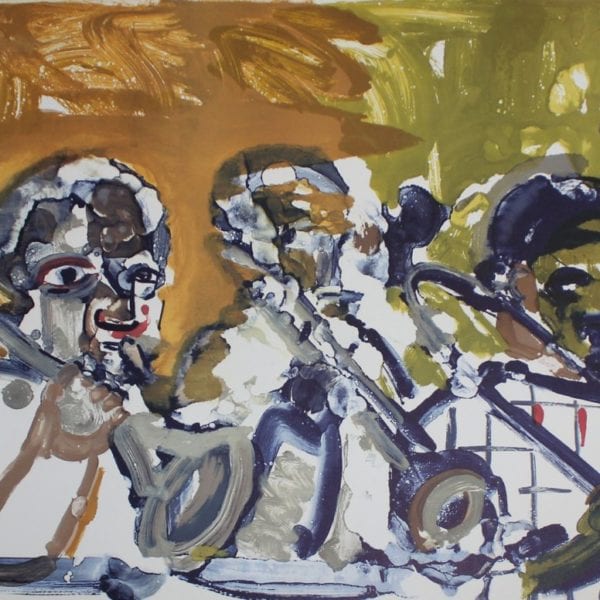 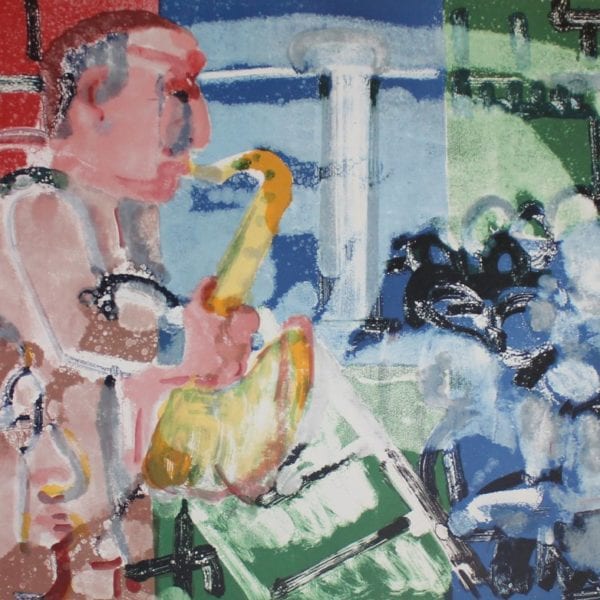