Roberto Matta was born on November 11, 1911 and died in 2002. Roberto began an education in interior design and architecture before becoming a merchant marine and leaving his home country. He went off to travel around Europe, and in 1934 he ended up in Spain where he was introduced to Slavador Dali and Andre Breton. These two influenced his art, leading him to join the Surrealist movement. Shortly after joining this movement Matta found inspiration in new places, first being exposed to Picasso’s Guernica and then being introduced to the work of Marcel Duchamp. In 1938, Matta began to evolve and develop his style. Some works he is most well known for are abstract and subjective landscapes. The 60’s marked a change in his style, his interest now shifted to contemporary culture while still recognizing his routes. Matta lead a life of great success in painting and printmaking. 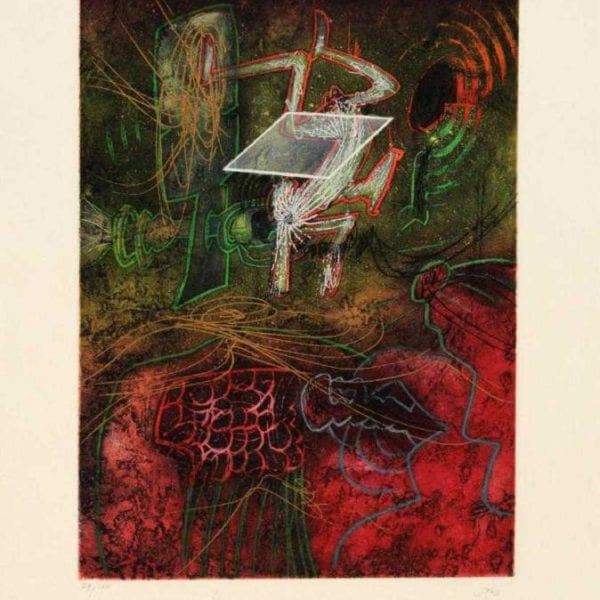