Marc Chagall – Born: 1887 – Vitebsk, Russia and died in 1985. Early on in Chagall’s life, he knew nothing of art and was ridiculed when he found interest in a classmate recreating a magazine cover. After chasing his desire to draw his parents reluctantly allowed him to study with Yehuda Pen, a Jewish artist in Vitebsk. Then, after being exposed to Russian Iconography and folk art while studying at St. Petersburg, he pursued his passion becoming famous for abstract village peasant theme paintings and public art and became one of the fathers of surrealism. He also became a foremost member of the Ecole de Paris. 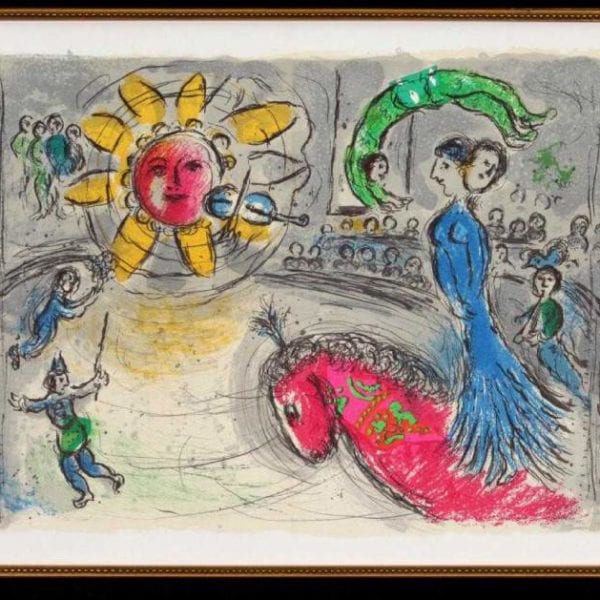