Louis Icart – Born: 1888 – Toulouse, France and died in 1950. Before Icart found a passion in the world of art, he attended the l’Ecole Superieure de Commerce de Toulouse. It wasn’t until discovering play writings from Victor Hugo that he decided to pursue something more artisitc. In 1907 Louis moved to Paris to concentrate on drawing and painting and soon after, the art deco era hit Paris. During this time Icart would become a symbol for the movement, becoming well known for his sensuous female figure drawings and paintings. Icart did not gain notoriety by creating pieces like others had during this time but instead created his own personal style that derived inspiration from the likes of Jean Antoine Watteau, François Boucher and Jean Honoré Fragonard. Many people see a spark of influence from Impressionists Degas and Monet in his drawings and in his rare watercolors, Symbolists Odilon Redon and Gustave Moreau,. 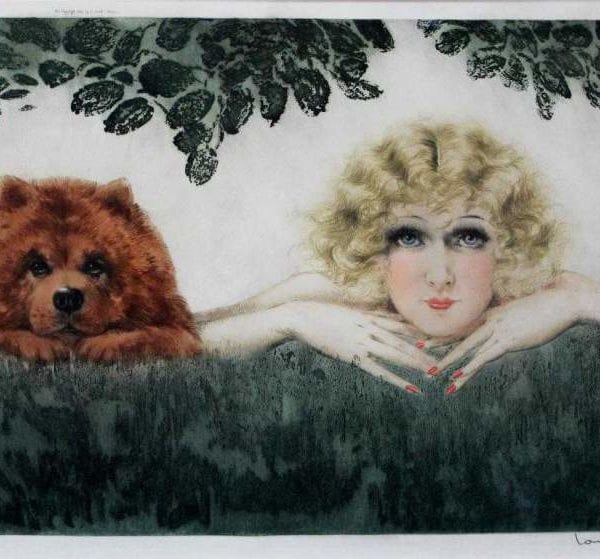