Karel Appel was born in 1921 in Amsterdam, Holland and died in 2006. Karel studied at the Royal Academy in Amsterdam. Afterwards he went on to develop his creative mastery. Many of his canvases utilized violent expressionism, which made his pieces, “look like they were done in a rage.” While he is widely known for his paintings, he is also well versed in the creation of graphic works and illustrations, sculptures, ceramic works and large decorations of buildings and rooms. Karel’s abstract techniques and fantasy animal paintings earned him much attention. In 1952 he won the UNESCO prize at the Venice Biennale and in 1960 he was the youngest artist awarded first prize at the Guggenheim international exhibition. 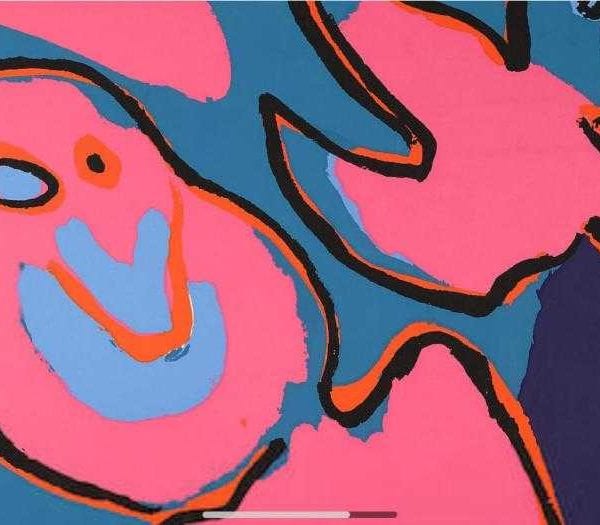 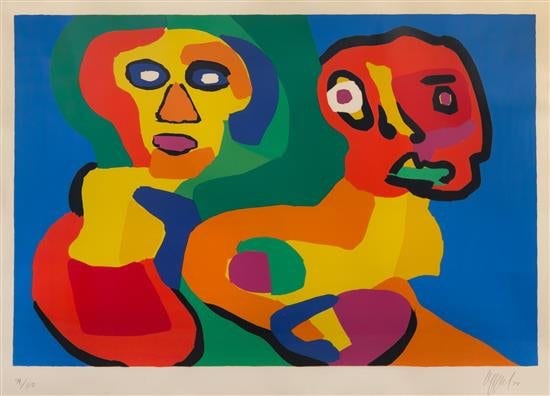