Frank Phillip Stella was born in Malden Massachusetts on May 12, 1936. In 1950 he attended Phillips Academy where he studied with abstract painter Patrick Morgan and in 1955 he attended Princeton University. In 1958 Stella began to create his “Black Paintings,” works that immediately drew much attention from the art world. These paintings, like many of his others, are geometric minimal images, a style he is widely known for. He would later create works such as aluminum paintings, copper paintings, and lithographs, as well as sculptural and architectural works in recent years with influence from Willem de Kooning, Helen Frankenthaler, and Franz Kline. Amongst his many honors, he was Invited by the Royal Academy of London to be the featured artist for their Summer exhibition in 2000. 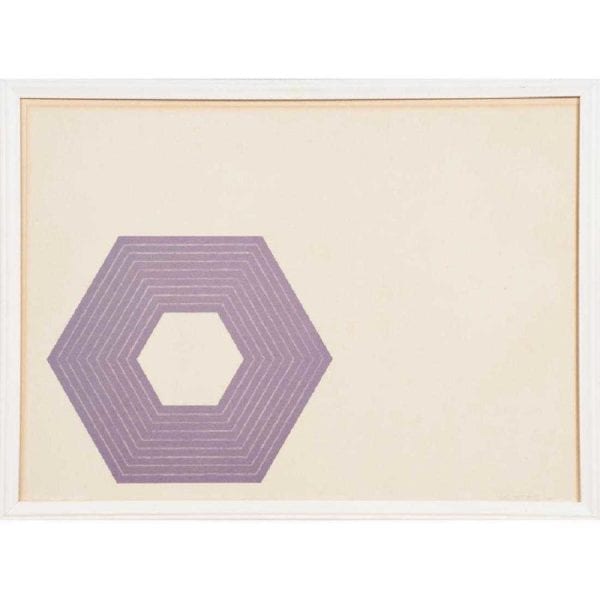 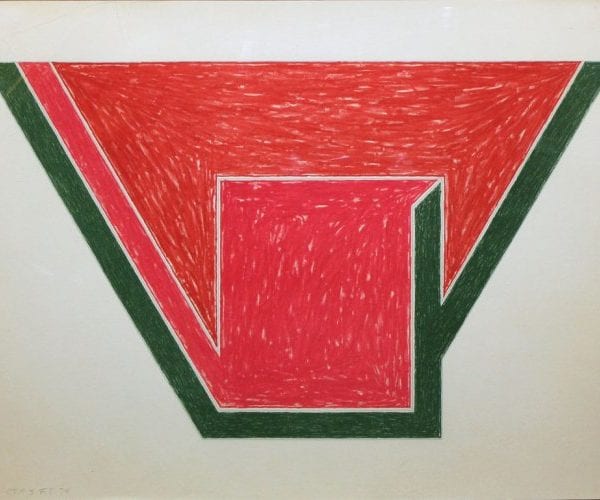