Diego Rivera was born on December 13, 1886 in Guanajuato, Mexico and he died on November 24, 1957. He studied at San Carlos Academy of Fine Arts and because of his impeccable art skill, he won a traveling scholarship to Europe where he spent the next three years in museums and painting. During his time in Europe he gained much of his inspiration from Picasso, Cézanne, and Giotto. In 1922, while in Mexico, he joined a group of artists where he honed his skills in social realist mural painting and created what many people call his finest pieces of art: frescoes in Cuernavaca and in Chapingo. His skills and masteries were in the creation of figure composition, of space and light, of crowds of farm workers and battle scenes, etc, and much of his work showcases controversial topics of his time. 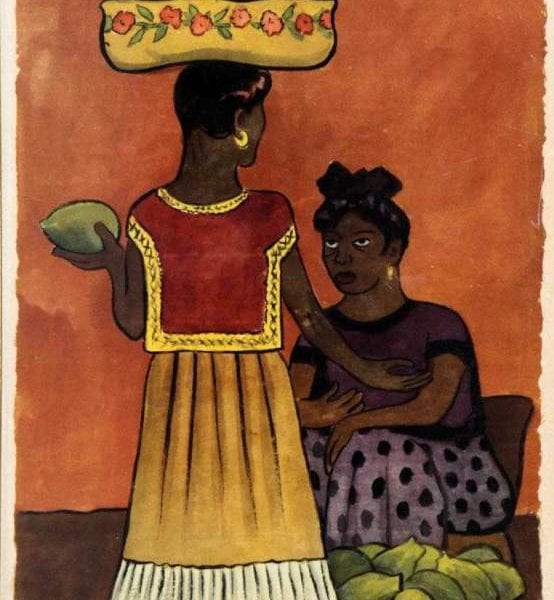