Born 1940 in Monroe, Washington, Chuck Close became an artist highly associated with Pop Art and Photo Realism. He earned B.F.A. and M.F.A. degrees with highest honors from Yale University and spent 1964 to 1965 in Austria on a Fulbright Scholarship. After graduating he briefly taught at the university of Massachusetts at Amherst and then the School of Visual Arts in 1971. His popularity in the art world stemmed from his creation of black and white grid portraits. At first he was only willing to create black and white pieces until the 1970’s when he started to experiment in airbrushing using acrylic paint of various colors. 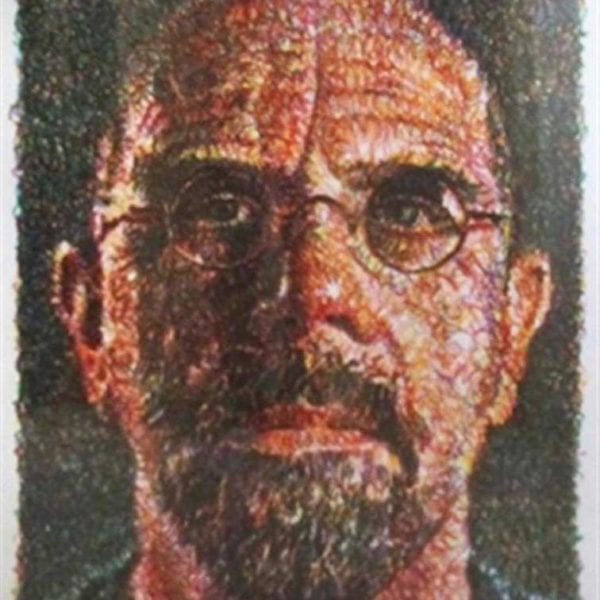 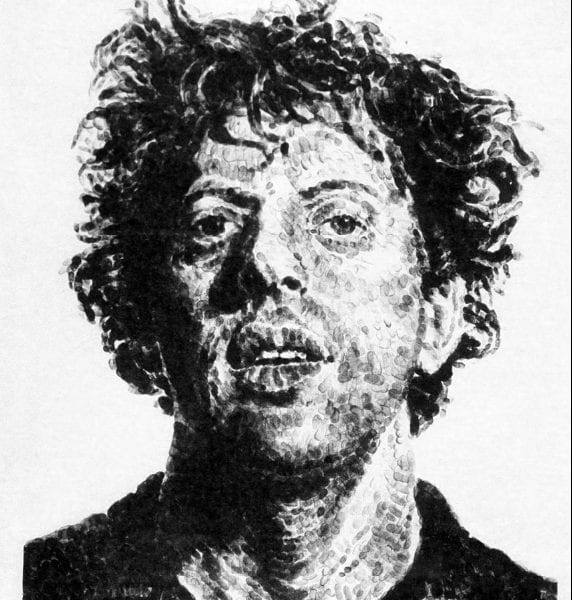