Jean-Michel Basquiat was born in Brooklyn, New York in 1960 and died in 1988. Michel started drawing at a young age and his mom immediately encouraged his artistic endeavors. At the age of only seven, he created a children’s book with a friend Mark Prozzo with influence from pop-culture such as Mad Magazine and comic books. He later moved to Purto Rico with his dad where he studied at Episcopalian school, before moving back to the city where he studied at City-As-School. At this progressive school in Manhattan, he met graffitist Al Diaz. These two would collaborate and start spray painting around the city. After being featured in one man exhibitions in New York and Italy under the name SAMO, he leased a building owned by Andy Warhol to practice his work. Here the two artists would build a relationship. Jean would soon create collaborations with Warhol and Clemente to be featured around the world. Before his passing in 1988, he became extremely well known for his street graffiti, naïve figure painting, and drawings. 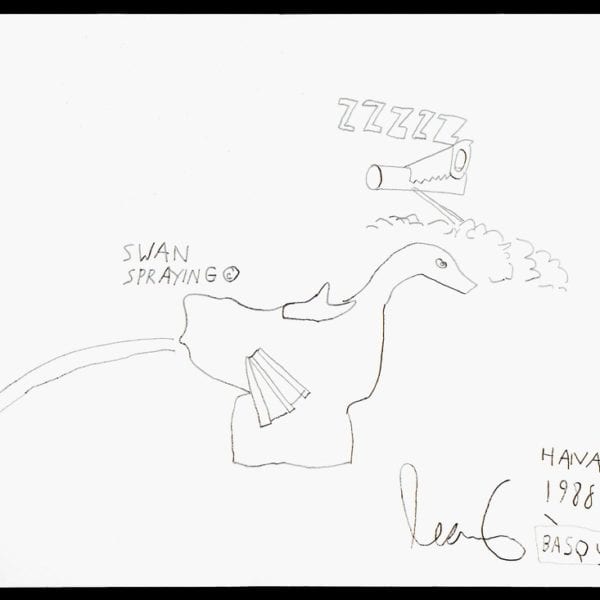 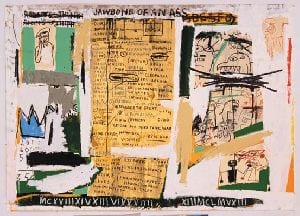 Jaw Bone of an Ass
Menu